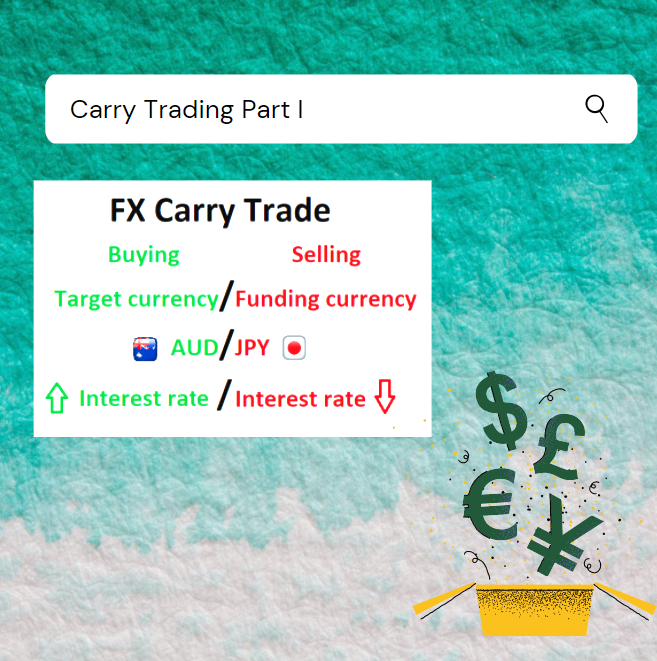 In part 1 of this series, we cover the meaning and mechanics of a carry trade. In part 2 (upcoming next week), we will cover carry trading significance, risks and return in more detail.

Technical definition (Ours): A carry trade is an unhedged investment in another currency due to the higher absolute yield at the time of the investment.

What is a carry trading strategy?

Simple meaning: Borrow money cheap and invest it where you get high returns.

Below is an illustration of a carry trade using bonds.

This is interest rate arbitrage. We define arbitrage here as “the simultaneous purchase and sale of the same or similar security in two different markets for advantageously different prices” (Sharpe and Alexander, 1990)¹. However, this does not satisfy the other usual definition of arbitrage, which refers to risk free profit. Because the foreign exchange risk is not hedged, the transaction is NOT risk free.

What are the components of a carry trade?

The funding currency is used to buy the bond denominated in target currency.

Carry – The difference in the interest rate of two government bonds in different currencies. This is the incentive for the trade.

FX Return – The target currency appreciation would provide an additional return over and above the carry.

That’s it for this article. Let us know your thoughts in the comments below!