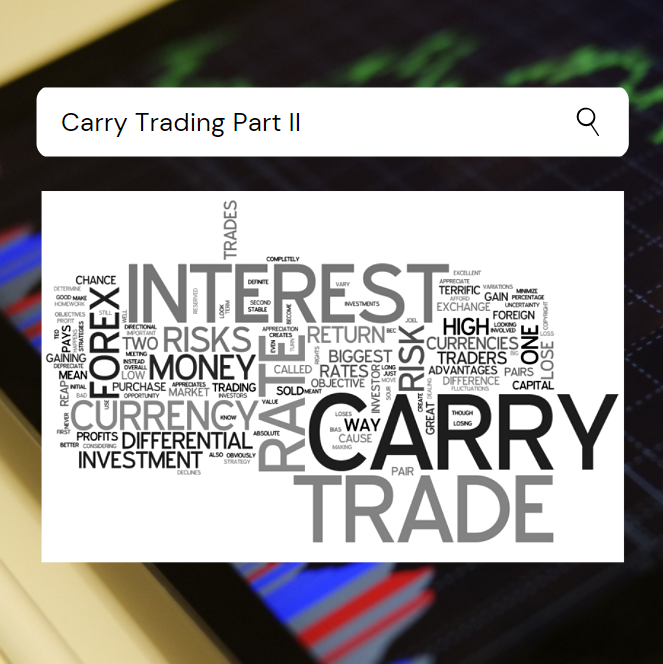 In Part 1 of this series we covered the lingo and mechanics of a carry trade. Thank you for your feedback for Part 1! Part 2 focuses on the importance, risk and return of this strategy. As suggested by our readers, we also explain the concept of hedging. Let us carry on!

Why do we care about carry trading?

We chose to write on this topic because it illustrates a modern application of financial engineering in practice.

Japan has faced zero, near zero or negative interest rates for close to three decades now.

In the current macroeconomic environment, interest rates in developed economies are either very low or negative. Carry trades could serve as an investment product offering superior returns, useful for medium and long term investors. Carry trades tend to attract hot money, invested by those that actively seek out returns in the short run. But they could also prove useful for large institutional investors such as insurance companies (mainly life insurance companies), pension funds and endowment funds which generally seek long term investment opportunities and hold bond positions till maturity.

When is a carry trade profitable?

This is when the extra coupon exceeds the loss (if any) on an adverse exchange rate movement. We would hope for either the currency pair to remain stable over the holding period or move in our favour (for extra return from the target currency appreciation).

What are the risks involved?

What is an example of a real-life carry trade?

Julian Robertson, a billionaire hedge fund manager, is one of the most famous carry traders in history. He used to trade USD/JPY on leverage. In the period between 1995 and 1998, USDJPY appreciated by more than 66% (caused partially due to carry traders who bought the dollar and sold the yen). The carry was 15% at the time. So his total return was around 81% p.a. However, in 1998, due to the Russian debt crisis and the near collapse of LTCM, carry trades were unwound and this caused a sudden appreciation of the yen. Robertson is said to have made huge losses, of around $2 billion¹.

Why are carry trades unhedged?

Hedging means reducing the risk of a transaction. In part 1, we illustrated a USDTRY carry trade. The depreciation of TRY is the foreign exchange risk in this transaction. This would mean that the Turkish Lira has become less valuable. Hence, on conversion we would get less USD. One way to reduce this risk (hedge) is to buy a forward on USDTRY.

A forward is an instrument which allows you to fix the rate at which you would do the conversion in the future. If you go long (buy) a forward on USDTRY, on a fixed date in the future, you will sell your TRY holdings to buy USD at a fixed rate which is known to you now itself.

Carry trades are usually unhedged; no forward is purchased to reduce the risk. This is because sometimes carry trades are entered into mainly for exposure to the FX risk. An investor may have a view that the target currency TRY will appreciate or USDTRY will remain stable over the investment period. The potential return from undertaking the FX risk could largely outweigh the carry.

What makes a carry trade possible?

According to interest rate parity theory, it should not be possible to make a return because the higher yield currency should depreciate by the extent to which the yield is higher. However, it was been observed that this theory does not always hold. This anomaly is called the Forward Premium Puzzle. Empirical findings indicate that sometimes the currency with the higher interest rate appreciates instead of depreciating, which makes carry trades possible.

Can the concept of carry be applied elsewhere?

“Carry” simply means the return that you make by holding an asset or a position. This concept can be applied across asset classes.